MONTGOMERY COUNTY, Md. — Voters in Montgomery County will elect a President and Vice President of the United States, as well as a number of local officials, in the 2020 general election on Tuesday, Nov. 3.

Early voting in Maryland will span the eight days before Election Day, from Oct. 26 through Nov. 2. You can vote at any early voting center in Montgomery County. Maryland offers same-day registration at Early Voting Centers and at the polls on Election Day.

Here is a list of candidates and questions on the ballot along with some biographical information obtained from their websites or party websites.

RELATED: Voter Guide 2020: Here’s everything you need to know

Trump is the 45th President of the United States, seeking a second term. He became president of his father’s real estate business in 1971, and expanded its operations to building or renovating skyscrapers, hotels, casinos and golf courses around the world. He produced and hosted The Apprentice reality television show from 2003 to 2015.

Biden served as the 47th Vice President of the United States from 2009 to 2017 in the Obama administration. Previously he was a U.S. Senator for Delaware from 1973 to 2009. He served as Chairman of the Senate Judiciary Committee from 1987 to 1995. His first presidential run was for 1988.

Jorgensen is a Senior Lecturer in Psychology at Clemson University. She has worked at IBM as a marketing representative, and started her own software and computer technology sales company.

Hawkins is a retired trade unionist and environmental activist. He ran for Governor of New York, on the Green Party ticket, in 2010, 2014 and 2018.

Segal is a progressive activist and philosopher. He is the current president of The Jewish Peace Lobby and created the socialist Bread & Roses party.

RELATED: VERIFY: What’s a provisional ballot and why would you have to cast one?

This district includes portions of Baltimore, Howard, Montgomery and Anne Arundel counties, as well as a good portion of the City of Baltimore.

Anthony served on the Army Reserves as a Lieutenant Colonel and as an Assistant Administrator for the Department of Surgery at Walter Reed Army Medical Center. He has a teaching degree in Social Studies and History from Marshall University.

Sarbanes has represented Maryland’s Third Congressional District in the House of Representatives since 2007. Prior to Congress, he worked in the Maryland State Department of Education and he is an attorney. In Congress, he chairs the Democracy Reform Task Force and serves on the Committee on Energy and Commerce and the Committee on Oversight and Government Reform.

RELATED: What can you expect to see on the Maryland ballot? Here’s what you need to know

This district includes all of Garrett, Allegany and Washington counties, as well as portions of Montgomery and Frederick counties.

Parrott has been a member of the House of Delegates since Jan. 2011. He has also served as Assistant Minority Whip. He is a lifelong Marylander.

Trone is running for a second term. He serves on the Education and Labor, Foreign Affairs, and Joint Economic Committees. He is also a business owner, who co-founded Total Wine & More.

Gluck has been a member of the Green Party for 12 years. He has had a 40-year career in the information technology sciences, which has spanned both government and private industry, and he has served as a substitute teacher for Montgomery County Public Schools.

RELATED: VERIFY: Here are the top three reasons your ballot might be rejected, and how to make sure your vote is counted

This district encompasses parts of Montgomery, Frederick and Carroll counties.

Coll currently works in the aerospace field and was accountable for the design, implementation, and operations of the technical tools and systems supporting NASA Goddard Space Flight Center Satellite Servicing Projects Division. He has also served on the Liquid Propulsion Technical Committee of the American Institute of Aeronautics and Astronautics and is currently a Senior Member.

Raskin has held this office since 2017. Prior to Congress, he was a constitutional law professor at American University and Washington College of Law. Previously he served in the Maryland State Senate from 2007 to 2016. He is also an author of multiple books and a graduate of Harvard University and Harvard Law School.

Berry began her career as a domestic litigation associate. She has also served as a paralegal and a magistrate. She has authored many articles and presented to various educational institutions and associations.

Boynton has previously served a 15-year term as a judge sitting on the Circuit Court for Montgomery County. He has handled cases in Criminal Court, Civil Court, Family Court and Juvenile Court.

Fogleman has lived in Montgomery County for 37 years and was admitted to practice law in the State of Maryland in 1985, the District of Columbia in 1989, and the Commonwealth of Virginia in 1990. He has previously worked in a private law practice and remained with his firm for 30 years. He has also served as a citizen member of the Montgomery County Juvenile Justice Commission and the Juvenile Justice Commission.

He was elected to the American College of Trial Lawyers in 2018. He spent 32 years in private practice in a Rockville law firm and has

Pierre has been practicing law for more than 28 years. Her areas of practice include juvenile law, criminal law, family law and probate law. She is also a former Court Appointed Special Advocate (CASA), a retired First Lieutenant in the United States Army Reserve Military Police Corps, and a former legal redress attorney for the NAACP Montgomery County Branch.

Johnson is an attorney with 26 years of experience. He has represented clients in administrative, state and federal proceedings. He is a write-in candidate in this year’s election.

Board of Education: At-Large

Dasgupta has taught political science as well as served as the Director of the Political Science Program for University of Marylane Baltimore County (UMBC) at the Universities at Shady Grove (USG). He has also served on the Board of Directors of the Montgomery County Council of PTAs.

Harris is a nurse, attorney and public health professional. She received her Master’s degree from Johns Hopkins Bloomberg School of Public Health.

Board of Education: District 2

Fryar has more than 30 years of experience working in education. He has served as a classroom teacher, a social worker and an attorney. He is admitted to the Maryland Bar Association to provide pro-bono legal services through the Montgomery County Bar Pro Bono Program and also volunteers through the Washington Council of Lawyers.

Smondrowski was first elected to this office in 2016. She also serves as chair of the Board’s Committee on Special Populations and as a member of the Strategic Planning Committee. In addition, she serves as the Ex-officio to the Domestic Violence Coordinating Council. Previously, she was a legislative aide for Maryland State Senator Roger Manno and has been a local and county PTA leader.

Board of Education: District 4

Evans is a member of the Board of Directors for the Maryland Association of Boards of Education (MABE), Chair of the MABE Equity Ad Hoc Committee and serves on the Policies and Procedures Committee. She has also volunteered with the Montgomery County Council of PTAs (MCCPTA) as a Co-leader of the African American Student Achievement Action Group.

Solomon is a lifelong resident of Montgomery County who has had a career in radio as a producer and talk show host. He has volunteered for various Montgomery County boards, committees, nonprofits, and political campaigns.

Question A is a competing plan to Question B when it comes to calculating property taxes in Montgomery County.

If passed this question would do away with the cap on revenue and instead require that any increase to the property tax rate in Montgomery County be approved by all nine members of the council.

Under the current system, the council must set the property tax rate each year to make sure that the county does NOT exceed the overall revenue cap.

Question B is a competing plan to Question A when it comes to calculating property taxes in Montgomery County.

OFFICIAL LANGUAGE OF THE QUESTION:

Section 305 currently permits the County Council to exceed the limit on real property tax revenue only upon the affirmative vote of all current Councilmembers.

Question C is a contrasting plan to Question D when it comes to the structure of the county council.

Question C would increase from five to seven the number of council districts; and keep the four at-large seats. Montgomery County is Maryland’s largest county population-wise and has had nine council members since 1990. Supporters of this question say the county has grown a lot since 1990 and in contrast, D.C. has 13 council seats, and Prince George’s has 11.

Question D is a contrasting plan to Question C when it comes to the structure of the county council.

If passed, Question D would do away with all the council’s at-large seats in favor of nine single-member districts. Right now, the council is comprised of five district seats and four at-large seats.

If passed, the proposed amendment to Maryland’s Constitution would allow the General Assembly to increase, decrease, or reallocate funds in the governor’s proposed budget each year starting in 2024. Maryland is one of the few states where the legislature does NOT have the authority to do this.

OFFICIAL LANGUAGE OF QUESTION:
If passed, the proposed amendment authorizes the General Assembly, in enacting a balanced budget bill for the fiscal year 2024 and each fiscal year thereafter, to increase, diminish, or add items, provided that the General Assembly may not exceed the total proposed budget as submitted by the Governor. This proposed constitutional amendment would alter the State’s budget process.

Sports team owners, like the Washington Football Team’s Dan Snyder, are in support of this question. Some say Snyder might build a sports betting facility in the parking lot of FedEx Field in Prince George’s County.

Such a law must specify (1) who is eligible to apply for a license to operate sports and event betting; (2) what forms of betting are allowed; (3) how betting must be conducted; and (4) where an individual can place a bet. Chapter 492 also provides that State revenues generated by sports and event betting must be used primarily for funding public education. Article XIX of the Maryland Constitution, approved by the voters at the November 2008 general election, authorized commercial gaming by the operation of video lottery terminals, also known as slot machines, at multiple locations in the State. Article XIX also requires that additional forms or expansion of commercial gaming in the State, such as the legalization of sports and event betting, be approved by referendum in a general election.

Betting on sports in most states was illegal under federal law until the United States Supreme Court ruled in 2018 that the federal law was unconstitutional. As a result, states are free to authorize sports betting. Under current Maryland law, betting on sports is illegal. Sports and event betting is a gambling activity in which an individual places a bet on the results of a sporting event or a particular play or action during a sporting event. Sports and event betting can also extend to non–athletic events, such as reality television competitions or entertainment awards shows.

Tue Oct 27 , 2020
Marc Jaffe What are some of your proudest the latest achievements? Latham & Watkins has supplied me so a lot of amazing chances to effects my clients, the organization, and the regional community. I’ve been honored to serve as international company section chair since 2016 and enable oversee its prime-tier […] 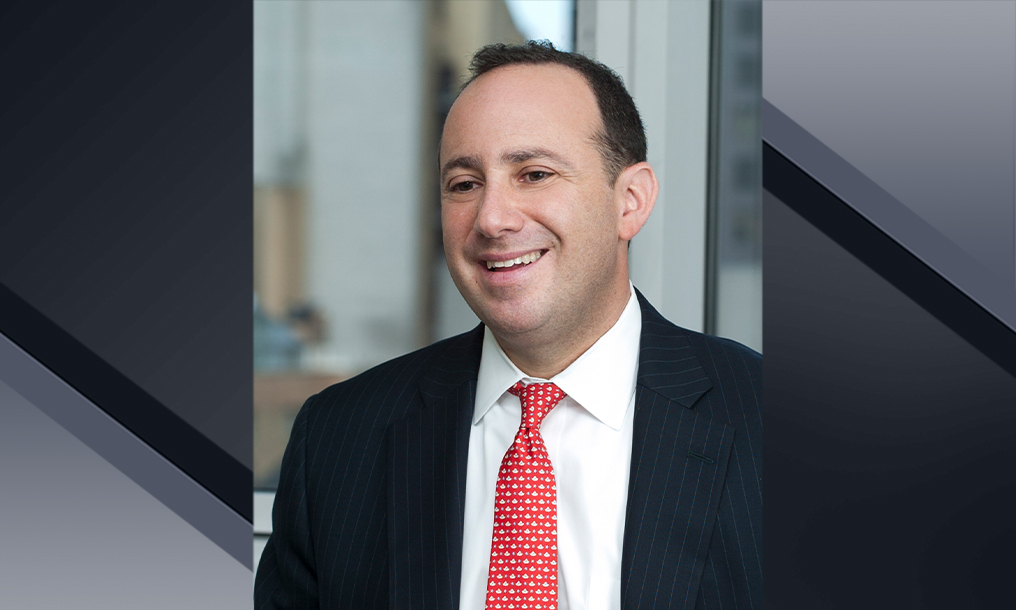