With the state and local election results now available, The UCSD Guardian has put together an overview of the victors of each race while offering a brief summary of the winners’ goals for their first year in office.

The 46th President of the United States

The Associated Press announced that former Vice President Joseph R. Biden Jr. and Senator Kamala Harris have won California, with the Democratic ticket winning by a 25 point margin in San Diego county as of Nov. 5 at 1:36 a.m. ET. The AP declared Joe Biden the winner of the 2020 Presidential Race at 12:25 p.m. ET on Saturday, Nov. 7.

The Biden-Harris ticket is hoping to address many pertinent issues for Americans. According to the campaign’s website, Biden intends on implementing “a real strategy to take on the threat of COVID-19”, creating millions of jobs to “build back better an economy that works for everyone”, and building upon the Affordable Care Act to ensure every American has affordable health care.

Levin’s campaign ran on the achievements that it touted, such as the inclusion of his  Green Vehicles Act of 2019 in the Climate Action Plan. He also supported the Women’s Health Protection Act of 2019 which aligns with his belief that  a woman should determine what is best for her health.

Vargas is the incumbent of the 51st congressional district. He campaigned on the protection of Medicare and Social Security, comprehensive immigration reform, and investments in research and development to further innovation. The American Federation of Labor and Congress of Industrial Organizations, the American Immigration Lawyers Association, and the National Education Association among many others support him for his consistent voting record.

Peters has been the incumbent for the 52nd district since 2012 and, as a former environmental lawyer of the Environmental Protection Agency, is dedicated to combating climate change and bolstering the appeal of renewable energy. He has also championed civil rights, housing and homelessness, national security and defense, and a myriad of other issues.

With 57 percent of the votes from Coronado to Solana Beach, San Diego City Councilmember Chris Ward is declared the winner for California’s 78th State Assembly district over challenger Sarah Davis.

On his website, Ward states that “California must target immediate assistance to support jobs as an investment in the quality of life of our region”, ensuring families have a chance to “attain the California Dream.” He has comprehensive plans on tackling homelessness, climate change, and as well as supporting quality education.

Atkins, the current State Senate Pro Tempore, was elected to represent the 39th District in the state body in 2016 and has passed a variety of legislation, among which was Senate Bill 2 which created a permanent source of funding for affordable housing through $75 free on certain real estate transaction documents.

Nader has an extensive legal background as a criminal prosecutor for seven years, child support attorney for six years, civil litigator for 11 years, and 18 years as a California deputy attorney general.

“The combination of strong legal background and community leadership make me uniquely qualified to serve as a judge,” Nader said in a San Diego Union Tribune interview. “I have a strong understanding of public safety, environmental and economic development issues. I understand fully the relationship between branches of government, the appropriately limited role of a judge, and the impact on law-abiding citizens of the decisions a judge makes every day.”

Although the votes are still being counted, votes tallied for San Diego mayor had shown that Todd Gloria took an early lead against his opponent Barbara Bry. As of 4 Friday Nov. 6, Gloria held 56 percent of the vote while Bry had 44 percent.

Gloria‘s campaign kickoff was filled with matched ambition as well and can be evidenced by his “Back to Work SD” blueprint for economic recovery. Co-chaired by U.S. Congressman Scott Peters and VP for Business Affairs at the San Diego Regional Chamber of Commerce Paola Avila, the taskforce intends on pushing for “intelligent investments in schools, childcare, housing and homelessness, infrastructure, and small businesses,” according to the “Back to Work SD” text.

“My parents worked hard, were able to buy a home in San Diego, put their two kids through college, the first in our family to go. That story was possible in San Diego a few decades ago. I think most people recognize that today that’s nearly impossible. We should change that. We should work very hard to change that,” Gloria said in a Q&A session with the San Diego Tribune.

The race for the District 1 seat on City Council seems to be in Joe LaCava’s favor over Will Moore’s, with 62 percent of the votes being in the former’s favor.

LaCava intends on addressing multiple issues in his first year in office including:

While Joe LaCava has many ambitions to fulfill his first year in office, he acknowledges that the beginning is always a bit rocky.

“As candidates, we start our campaigns off with big ideas and then we get faced with the reality of what is happening on the day you get sworn in… clearly a few things are going to come into play here,”  LaCava said in an interview with the UCSD Guardian

The Board of Supervisors

Terra Lawson-Remer is leading incumbent Kristin Gaspar by 19 points to represent the area encompassing the area between Old Town and Golden Hill.

Lawson-Remer, a former economist for the Obama administration, put public health and environmental leadership at the front of her campaign through her defending of the Affordable Care Act and calls for implementation of a bold County Climate Action Plan. She also plans on realigning some public safety resources to create an unarmed crisis response team of mental health workers, medical professionals and other trained specialists to respond to non-violent 911 calls for service.

“I will put public health first and listen to county health officials to get the pandemic under control, and will defend the Affordable Care Act. I will push San Diego to lead on climate action and protect our environment and open spaces. I will expand access to quality, affordable childcare and I will stand up to the Trump administration’s attacks on our communities.”

The city attorney race for San Diego has resulted in the victory of Mara Elliot, over challenger Cory Briggs.

Elliot, the current incumbent current incumbent and the first woman and first Latina to serve in the position, has garnered many achievements in her first year in office. They range from relaunching the San Diego Family Justice Center to prioritizing consumer and environmental protection through the creation of the Affirmative Civil Enforcement Unit. As of July 2020, she was the first San Diego City Attorney to be named “Public Lawyer of the Year” by the California Lawyers Association in Sacramento.

“I’m humbled and grateful that the people of San Diego have placed their trust in me to fight for them for another term,” Elliot said in a statement t0 KPBS on Nov. 3rd.

Measure A, entitled “City of San Diego Affordable Housing Bonds”, was passed by San Diego City Council 6–3 and got 57 percent of the “yes” vote. This measure will place a $900 million housing bond that raises taxes on city property owners for roughly 7,500 subsidized apartments.

Measure B, which is focused on San Diego police reform, garnered 75 percent support. This will likely result in the restructuring of police oversight practices via the new Commision on Police Practices.

Measure C’s passing is favored at 70 percent, leading to serious election reforms for the San Diego Unified School District board members. This means that all voters now vote for the one council member representing the district where the voters live once every four years. The previous hybrid model was theorized to marginalize voters in certain subdistricts.

Measure D has garnered 86 percent support, leading to change in SDUSD school board member removal procedures. If a member is found guilty of dereliction of their duties, they can be voted out by a three-fourths majority of the full board.

Measure E has garnered 57 percent of the popular vote, leading to the removal of the 30 foot Height Limit in the Midway Area. This would allow for the construction of buildings exceeding 30-feet in height.

Proposition 14 received a narrow lead at 51 percent. The passing of this proposition will allow for $5.5 billion in general obligation bonds to be doled out to the state’s stem cell research institute while also making changes to the institute’s governance structure and programs.

Proposition 15 was rejected with 52 percent of votes in opposition of the measure’s passing. The opposition of this proposition ensures that commercial and industrial properties will continue to be taxed based on the property’s purchase price rather than its market value.

With 82 percent reporting, Proposition 16 has received 56 percent “no” votes. This means Proposition 209 enacted in 1996 will not be repealed and the institution of affirmative action practices will not occur. Proposition 209 grants that “the government and public institutions cannot discriminate against or grant preferential treatment to persons on the basis of race, sex, color, ethnicity, or national origin in public employment, public education, and public contracting.”

With 72 percent reporting, Proposition 17 has been passed with 59 percent of votes being in favor. This means a constitutional amendment will be passed to allow people on parole for felony convictions to vote.

Proposition 18 was rejected with 58 percent “no” votes. This will lead to continual prohibition of 17-year-olds who will be 18 at the time of the next general election to vote in primary and special elections.

Proposition 19 was passed with 51 percent “yes” votes. This will allow for eligible homeowners to transfer their tax assessments anywhere within the state and to be transferred to a more expensive home with an upward adjustment.

Proposition 20 was rejected with 62 percent “no” votes. This means the initiative to add crimes to the list of violent felonies for which early parole is restricted.

Proposition 21 was rejected with 60 percent “no” votes. This means that rent control on housing that was first occupied after Feb. 1, 1995 and housing units with distinct titles will be prohibited.

Proposition 22 was passed with 58 percent “yes” votes. This ensures that the app-based transportation and delivery drivers will be defined as independent contractors, allowing for specific labor and wage policies specific to app-based drivers and companies to be adopted.

Proposition 23 was denied with 56 percent “no” votes. This means that dialysis clinics will be allowed to continue operating without being required to have a doctor on-site during all patient treatment hours.

Proposition 24 was passed with 56 percent “yes” votes. This ensures that California’s consumer data privacy laws will be expanded, specifically allowing consumers to direct businesses to not share their personal information.

Proposition 25 was denied with 55 percent “no” votes. The contested legislation Senate Bill 10 will soon be repealed, thus keeping the use of cash bail for detained suspects awaiting trials as an option. 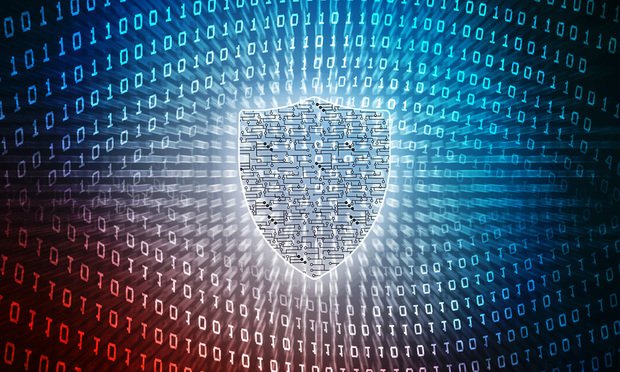