Scientists believe they have uncovered a new sub-species of blue whale, hidden deep in the Indian Ocean.

The suspected new sub-species was discovered by accident after scientists were trying to listen to the recordings of whale songs made across the Indian Ocean. These songs differed significantly from the songs of other blue whale recordings, as reported in the New York Times

What is incredible about the finding is that blue whales are the largest creatures to have existed on the planet, weighing over 200 tons and growing to over 100 feet in length. There are currently five sub-species of blue whales that are documented.

This sixth sub-species would be one of the largest new species of whale identified since English zoologist Edward Blyth identified the pygmy blue whale in 1859. Blue whales were first classified by Swedish botanist Carl Linnaeus over 250 years ago.

The potentially new sub-species of blue whale was ‘discovered’ by scientists who had been trying to document rare Omura whales off the coast of Madagascar. Omura whales were only identified as a separate species in 2003, and in 2017 had been discovered as far away as Sri Lanka by National Geographic Explorer, Asha de Vos.

They are also usually identified by their unique whale song, which is believed to serve as a mating call across the ocean. It was this whale song that scientists had been attempting to record.

However, as revealed in the December edition of the journal Endangered Species Research, the scientists heard a very different song, distinct from the Omura whale and unlike any blue whale song recorded before from the five major blue whale sub-species. Due to the depth at which they were detected, it was suspected that the song was from a type of blue whale.

Once scientists heard the unfamiliar whale songs, they dropped their acoustic recording devices even deeper off the coast of Madagascar. This helped ascertain that they were in fact blue whales.

Taking these recordings and triangulating with blue whale readings heard in Oman and the Chagos Archipelago in the middle of the Indian Ocean, the scientists led by Massachusetts-based Dr Salvatore Cerchio believe the newly recorded whale songs exhibit characteristics of a novel sub-species of blue whale that had not previously been documented.

To be certain of the new classification, scientists would need to find a way to collect genetic material. This may prove challenging given the depths and locations at which blue whales are usually found.

Scientists have tended to believe that whales with different songs are separate sub-species and unlikely to breed together.

However, more recently with continued pressure on whale populations, scientists are starting to see instances of inter-breeding between the two largest animals on earth, the Fin Whale and Blue Whale, to produce new hybrids, such as one caught in Iceland in 2018.

The Indian Ocean is one of the least scientifically explored of the world’s oceans.

Between 1963 and 1968, the former Soviet Union was caught illegally whaling in the Northern Indian Ocean, and caught almost 1300 whales. Much of this data has now helped to triangulate the type, population and location of many whales in the Indian Ocean.

It reveals that there may be hidden highways through which whales migrate, feed and mate. The large, shallow banks between Seychelles and Mauritius that are a remnant of a long lost underwater continent is an important biodiversity hotspot for whales that is also known as a nursing ground for pygmy blue whales.

These areas have been under more intense pressure recently with the discovery of greater fishing activity by Japanese fishing fleets operating from Mauritius since 2018.

While blue whale populations are showing some sign of stabilization since the ban on hunting blue whales in 1966, they remain critically endangered and there is significant variation in the health of each sub-species of blue whale by region.

Another new whale discovery in the Pacific Ocean

2020 was a good year to discover new whale species, as on the other side of the world, a new species of the rare beaked whale is also believed to have been identified off the Pacific coast of Mexico during an expedition by ocean advocacy group Sea Shepherd.

Three whales from this newly identified beaked whale species were identified from their unique acoustic signals that were heard on November 17, just 300 miles from the U.S. border. There are 22 species of beaked whales that have currently been identified, and they are one of the least studied types of whales.

There are nearly 90 species of whales, countless more sub-species, and the revelation that there are still previously unclassified species of the world’s largest mammal show how little we know about the world’s ocean.

The initial months of the coronavirus lockdown meant a slowdown in global shipping. Several major U.S. ports experienced a 50{5565a835e8436fceab45047feb07d9b08a17131f67bfa451fc3dea7831c5a73d} reduction in global shipping transport. This offered scientists the opportunity to start tracking what they could hear from the deep ocean.

By the summer, they had assembled 130 underwater hydrophone listening stations to attempt to document what the ocean would have sounded like before the industrial revolution.

Overall, the number of whales on the planet has plummeted after a significant increase in industrial whaling in the second half of the 19th century and early 20th century. Several species of whales have already become extinct.

Despite the introduction of international and national protections for whales (such as the Endangered Species Act and the Marine Mammals Protection Act that were passed in the 1970s in the United States), pressures on whales have continued in the 21st century. For these newly discovered sub-species to survive, stronger action may need to be taken.

In particular, there are emerging threats across the ocean as humans’ industrial footprint continues to expand across the world’s oceans.

Here are some of the biggest threats faced by whales today.

1. Resurgence of commercial whaling by Japan

In 2019, Japan unilaterally decided to leave the International Whaling Commission and begin whaling.

Following the sinking of the Wakashio, Japan has been using Mauritius as a base for further research into whales in Antarctica. Both Japan and Norway helped establish a Commission on the ‘Sustainable Ocean Economy,’ but their track record on the ocean have left many questioning the motivation and credibility for this commission.

A second big danger has been the development of krill fisheries around Antarctica.

Krill are at the base of the food chain. Many large marine animals like blue whales around Antarctica are dependent on an abundant supply of krill to keep population stocks healthy.

However, there has been a growing desire to develop a krill market as a nutrient supplement and increase krill industrial fishing around Antarctica. Fishing for krill has been described as an eco-disaster by some of the U.K.’s leading naturalists.

One of the largest krill fishing operations in Antarctica is by Norwegian giant, Aker Biomarine. The Norwegian-based company is building new krill transportation vessels in China, and the billionaire founder, Kjell Inge Rokke, is a major sponsor of several Norwegian ocean philanthropic organizations, such as Rev Ocean.

There are 25 countries that have a governance say over Antarctica under an international treaty called CCAMLR. In recent years, there has been growing pressure to protect Antarctica from industrial fisheries activities. Yet, in 2018, 22 of 25 countries voted for an ocean sanctuary. Only Norway, Russia and China voted to continue allowing fishing in this region, to the outrage of environmentalists who argue that krill should not be fished anyway from Antarctica.

It would require an unanimous decision of all 25 countries for such a sanctuary to have been established.

The other big threat is global shipping. Over the past decade, global shipping has expanded across the entire globe with mega-ships doubling in size.

Larger vessels that move rapidly through whale breeding areas (such as around several large islands in the Indian Ocean like Sri Lanka, Maldives and Mauritius) have led to ship strikes where whales are severely injured or killed by large vessels.

The growth of noise pollution across the ocean caused by global shipping has also been a growing source of distress for whales, who depend on low, long and complex songs to communicate across the ocean to find breeding partners.

The global shipping industry, governed by a U.N. agency called the International Maritime Organization, has been particularly slow to develop sustainable shipping solutions to address pressures felt by whales.

Oil spills, plastic pollution and industrial chemical waste continue to lead to long term health problems for whale populations. 30 years after the Exxon Valdez oil spill in Alaska, killer whale populations fell by almost half as critical members of the whale pods (such as breeding females) were particularly vulnerable to the oil spill.

Whale populations have also been impacted by industrial chemicals such as PCBs, which was used as coolants for refrigerators and are absorbed into the food chain, eventually ending up concentrated among certain whale populations. These chemical toxins impact whale reproduction and can be passed down to unborn whale calves.

This is what makes the new type of ship fuel (low sulfur fuel or VLSFO) particularly concerning, with many new chemicals beyond deployed around the ocean without scientists or regulators being able to test their safety first.

Questions on who owns the whale song?

An interesting question also arises for the scientists who recorded the novel blue whale song – who owns the rights?

There are precedents with wildlife photography.

Between 2011 and 2018, there was a high profile legal copyright case over a ‘selfie’ taken by a macaque monkey in Indonesia. British photographer David Slater had claimed he had engineered the situation and befriended the monkey to then allow the macaque monkey to take the image. However, U.S. environment group, PETA (People for the Ethical Treatment of Animals) had claimed that the monkey, named Naruto, should be the owner of the copyright. The U.S. court eventually ruled that animals cannot own copyright claims.

These sorts of cases could be come relevant for the whale song, if ever there is a decision to try and commercialize the song.

The attributes of nature have been subject to long legal debates. Most of these have so far centered around genetic properties.

An international treaty called the Nagoya Protocol tries to ensure that the genetic properties of wildlife found within the territory of each country must have clear permission by the state before such properties can be monetized. This has led to a confusing overlap of claims, especially among traditional and indigenous communities. It is often these communities who were responsible for safeguarding traditional knowledge over centuries, yet have been drawn into commercial disputes over the properties and ownership of valuable traditional medicines.

As new technologies are developed that allow the attributes of nature to be commercially realized, these could open up new opportunities for countries to earn revenues from nature without killing such wildlife. Such attributes are known as biomimicry, where insights are developed by imitating how nature functions.

A biomimetic treaty would help ensure that not just the genetic properties (which the Nagoya Protocol takes care of), but also the biomimetic properties, are revenue-generating for many poorer countries.

This could one day lead to the novel blue whale song being in the top 10 of a music chart, and generating enough revenue to help neighboring countries protect the species for generations to come.

Wed Dec 30 , 2020
Countrywide Review How a Vindictive Classmate and a Cowardly University Ruined a Girl’s Lifestyle ‘ARacial Slur, a Viral Video, and a Reckoning”That’s how the New York Moments headlined its hit piece on a college or university freshman for one thing she experienced said as a significant college freshman. Mimi Groves […] 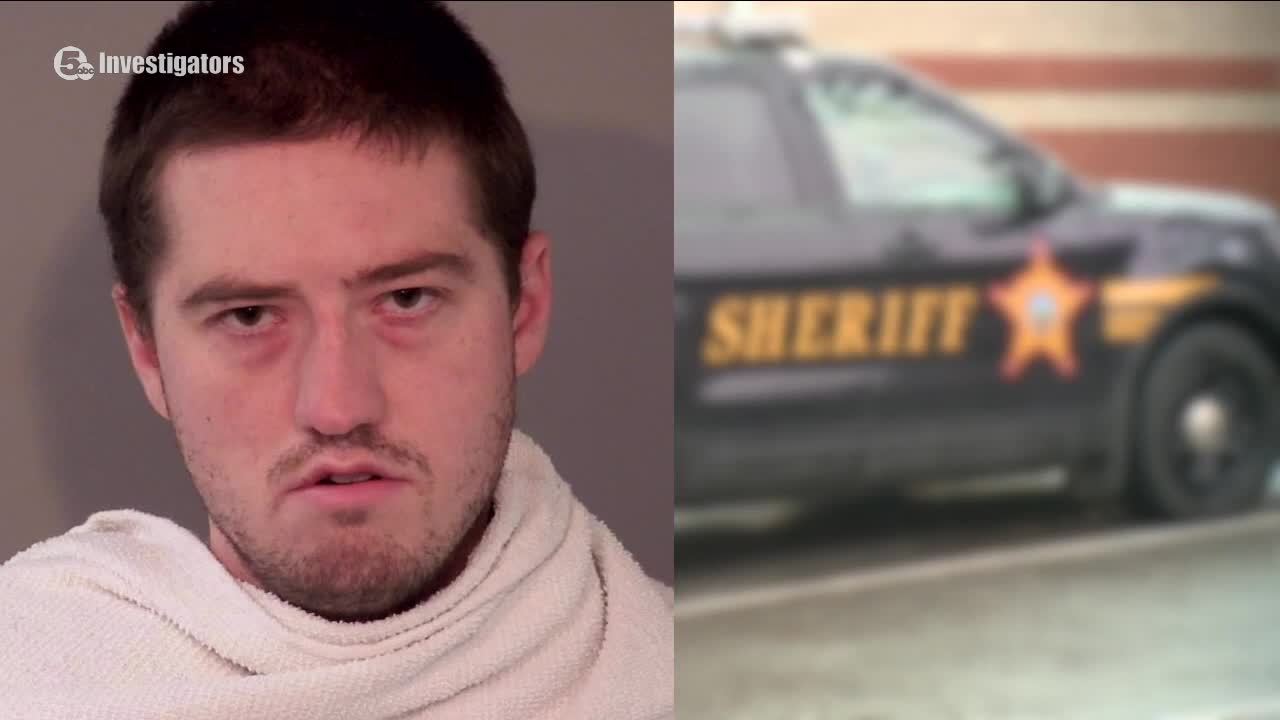