As of 2022, the total revenue of the nursing home industry in the United States is valued at $146.9 billion. There are nearly 16,000 nursing homes in the country, with around 105 beds for every 1,000 people. The monthly price for nursing home residency averages $8,821 for private rooms and $7,756 for semi-private rooms. With data from the Population Reference Bureau predicting that 1.9 million seniors will need nursing home care by 2030, the market is expected to continue expanding and growing.

As the demand for nursing homes increases, raising awareness on nursing home abuse and neglect becomes ever more urgent. The World Health Organization (WHO) found in 2020 that 66% of nursing home employees admit to abusing their residents. Meanwhile, the Office of Inspector General (OIG) reported that 97% of nursing home abuses in at least five states were never reported. It also states that 20% of nursing home residents that visit emergency rooms have acquired their medical problems from abuse or neglect in their facility.

If you have a relative or friend in a nursing home, it is critical to watch out for indications of abuse and neglect. Below, we tackle the most common types of nursing home abuse and how to spot them.

Physical abuse in nursing homes is as straightforward as it sounds, and it happens when a nursing home staff knowingly and willingly inflicts bodily suffering or harm to a resident. It may involve pushing, kicking, slapping, or even pinching. This abuse is the most straightforward type to see, document, or prove because bruises, wounds, and scars are likely apparent.

Nursing home employees may also exploit physical restraints against federal regulations. Laws state that these should only be used for a short and set amount of time during medical procedures or other medical emergencies. Using restraints when not explicitly necessary constitutes abuse because the residents might try to break free and fall, trip, or injure themselves in the process.

When a nursing home staff does or says anything to inflict emotional and mental pain, trauma, or anxiety on a resident, it qualifies as psychological abuse. Most of the time, it comes in the form of yelling, mocking, shaming, or threatening with physical abuse. Moreover, the abuse in these cases is not always verbal. Giving residents a threatening look, ignoring them, or compromising their living area and belongings; also fall under this category.

Nursing home residents who are victims of psychological abuse feel isolated from their families, friends, and other residents. While mental or emotional abuse does not leave physical scars, its negative impact on a resident’s disposition may cause their physical and cognitive health to deteriorate. It can also lead to crippling depression, feelings of helplessness, and despair.

Data from the Administration for Community Living (ACL) shows that about three people are abused in nursing homes around the country every day. It includes any form of unwanted sexual activity – including intimate touching, forced nudity, rape, taking explicit photographs, and more. Residents with dementia are more likely to be victims of sexual abuse, and anyone from employees and fellow residents to intruders can commit the act.

The WHO states that 0.7% of nursing home staff report sexually abusing their residents, and only 1.9% of residents report experiencing such abuse, making it the least common and least reported case. However, the consequences are just as grave, and over 1,000 nursing homes have issues of sexual abuse within any three years.

4. Why Should You File A Lawsuit Against Nursing Home Abuse?

Most nursing homes in the United States are certified by Medicare and Medicaid, while a few receive only one or the other. It means that these facilities are required to follow a care and practice standard, as mandated by the federal government. If you, a member of your family, or a friend suffers abuse or neglect inside a nursing home, you are well within your rights to sue them.

Contracts signed before occupancy in nursing homes also grant residents a safe space and the right to decide matters surrounding their care and file lawsuits against abuse, mistreatment, or any other form of breach of contract. Filing a claim against nursing home abuse and neglect can help a victim get a settlement or receive a hefty sum in compensatory and punitive damages if the case goes to trial and win a favorable verdict. Here are some benefits:

If you are looking to file a case for nursing home abuse or neglect against you or someone you know, Direct Legal Funding can help you! You can use lawsuit loans that cover daily living expenses while waiting for your settlement money. Think of it as a cash advance – you only pay back the loan if you win, and your assets and finances will not be affected if you lose.

Fill out an online application today, and you may get approved and receive your cash within 24 hours! Direct Legal Funding has the lowest interest rates with no monthly payments and no credit checks. 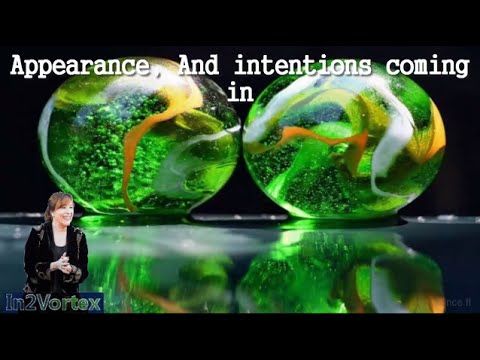