On May 15, the U.S. Court of Appeals for the Seventh Circuit provided important guidance on fundamental issues of justiciability and injury. The court’s decision resolving a dispute between a baseball magazine vendor and the city of Chicago serves as a good reminder about the rules governing a corporation’s ability to recover damages sustained during the pendency of litigation. See Left Field Media v. City of Chicago, No. 19-2904 (7th Cir. May 15, 2020).

Four years ago, the Seventh Circuit first addressed the dispute between Left Field Media and the Chicago when Left Field Media appealed the denial of its motion for a preliminary injunction prohibiting the city from enforcing certain ordinances against the company. Left Field Media publishes a magazine called Chicago Baseball and uses peddlers to sell the publication on the sidewalks outside Wrigley Field before Cubs games. One of the challenged city ordinances prohibited peddling on the public ways without a peddler’s license. That ordinance contained an exception for the sale of newspapers, but not other printed media.

The Seventh Circuit held that there might be a constitutional problem because the peddler’s license ordinance carved out special treatment for newspapers. Nonetheless, the court noted, it was unclear whether the city treated Chicago Baseball as a newspaper for purposes of the ordinance. Further, neither Left Field Media nor any of its peddlers had applied for a peddler’s licence or received a ticket for failure to have a license, so it was unclear whether the company had standing to seek an injunction. The court remanded the case for determination of whether the ordinance applied to Left Field Media and whether the ordinance “crimp[ed] its business model.”

On remand, Left Field Media requested the district court to enjoin the peddler’s license ordinance. While that motion was pending, however, the city amended the ordinance to provide that “a street peddler license is not required for selling, offering or exposing for sale, or soliciting any person to purchase, only newspapers, periodicals, pamphlets, or similar written materials on the public way.” Because Chicago Baseball was now unquestionably exempt from the license requirement, Left Field Media withdrew its request for injunctive relief.

That did not end the matter, however, because the company also sought damages for injury caused by the city after the appellate court’s mandate in the first appeal and the time the city notified Left Field Media of the amendment. The company’s damages could be grouped into two categories: costs it incurred “researching how the license requirement worked and discussing licensing with its sellers”; and emotional distress suffered by the company’s owner, Matthew Smerge. The district court dismissed the action for want of jurisdiction, reasoning that “because all of the asserted injury occurred after Left Field Media filed suit, any loss is not compensable.”

The Seventh Circuit rejected the district court’s conclusion that there was no subject matter jurisdiction. The court explained “even while litigation continues people must mitigate damages, often at some expense to themselves.” Left Field Media rationally could choose to both litigate against the ordinance and at the same time seek to determine how to comply with it, thus incurring compensable damages during the course of litigation.

The court then turned to the question raised by the city on appeal of whether Left Field Media had shown any injury. The court concluded that it did not. First, the emotional distress that company owner Smerge allegedly suffered was not a harm to the company itself, and the company was the sole plaintiff in the case. As the court stated, “businesses lack emotions,” and there is no “reverse veil piercing to recover damages for a loss suffered by an investor.”

Second, the court held that while Left Field Media in theory could recover damages for the expenses it incurred during the litigation, it offered nothing more than unsubstantiated speculation about any such expenses. The court explained that the company could have established compensable injury by showing that it paid for a peddler’s license or incurred other expenses associated with the licensure process. The company, however, never attempted to get a license.

The company could also in theory recover as damages some of the wages it paid to Smerge. For instance, the company could have produced evidence that it paid Smerge some type of additional compensation for his work devoted to understanding the licensing rules. If Smerge were a full-time employee, then “the firm has already purchased the value of his time,” so the time he spent on that project would not be a compensable marginal expense. An example of compensable damages would include overtime Left Field Media would have paid Smerge as the result of his work devoted to understanding the licensure laws. Or, if he was not a full-time employee, the additional compensation needed to purchase the time he worked on the project would be an injury. The company, however, did not show either type of expense.

The Seventh Circuit also dispatched Left Field Media’s claim that legal fees it incurred during the ligation were compensable damages. Had the company incurred those fees employing an attorney to learn the licensure process or preparing license applications, they would be compensable. But the fees the company incurred in pursuing the litigation were only compensable pursuant to a fee-shifting statute. Because the company did not file an affidavit “explaining how much, if anything, it paid in an effort to comply with the ordinance, as opposed to an effort to have the ordinance held unconstitutional,” it did not show injury.

The court concluded that “because Left Field Media has not offered details, it would not be possible to conclude that it suffered even a dollar in marginal costs.” Left Field Media, the court stated, “has not seriously tried to show an injury” even though it “need not do much to support an award of damages.” The Seventh Circuit’s decision, thus, serves as a useful primer on the types of damages that may be recovered by a corporate plaintiff and the proof it needs to offer.

Brett Legner is counsel in Mayer Brown’s Chicago office and a member of the Supreme Court and appellate practice.

Sweepstakes, Contests and Lotteries: Businesses Win by Following the Rules

Thu Oct 22 , 2020
Maxwell Briskman Stanfield, Meyer, Unkovic & Scott During a fraught economic time when businesses may be seeking to engage with consumers any way possible, a great marketing technique is hosting a game, including a sweepstakes (game of chance) or contest (game of skill). It’s as simple as having people […] 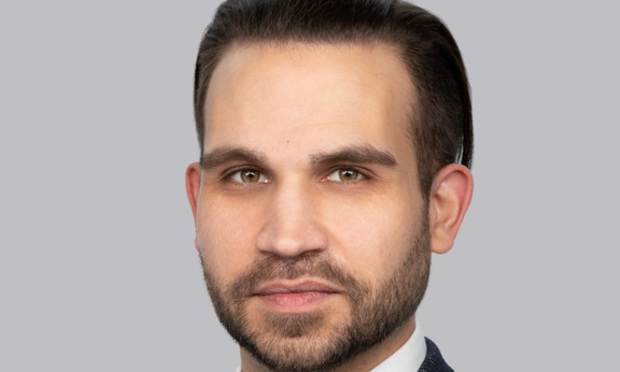