As we near the end of another election cycle, we are all inundated with political sniping from all sides, covering all sorts of issues. Many of these issues are incredibly important. But at the end of the day, no issue concerning government and public policy is as important as the safety of our families and the maintenance of law and order.

Unfortunately, on this most fundamental responsibility, those currently in charge of our state are failing us. We experienced a summer of violent, unchecked riots, vandalism, and lawlessness. Crime is up all across the front range, both property crimes and violent crimes. No one can feel safe going anywhere near our own state Capitol, the “people’s house”. This is not a problem that is confined to Denver anymore; the problems originating in Denver are spilling over to other communities around the state — even here in our own back yard, where crime, including murder, is much higher than in prior years.

This current crime wave is the result of an atmosphere of disorder and contempt for the law and the police, an atmosphere that has been cultivated in large part by a number of people who are in positions of power. For much of this year, public policy surrounding criminal justice has been hijacked by a faction that views police and the law as somehow fundamentally evil and tainted, rather than the foundations of civil society that they are. This ideological myth is being pushed by a radical anti-police element which, sadly, now includes the Democratic Party.

In the final few weeks of last year’s legislative session, a bill, SB-217, was pushed through the legislature under the guise of “police reform”. It was a knee-jerk reaction to events elsewhere in the country, and to ideologically — tinged street protests (which quickly turned to riots). Unfortunately, this bow to mob “justice” will have serious consequences for our communities and the men and women who put themselves in harms way to protect them, for a long time to come.

One of the most distressing parts of the bill was the provision chipping away police officer’s qualified immunity. That is the principle which protects officers legally from liability for simply doing their jobs. Policing, by definition and necessity, is a violent profession – these men and women deliberately place themselves between us and the wolves of society. In so doing, they are often called upon, professionally and morally, to do things which in a normal context would subject them to legal liability; the very act of placing someone under arrest, or subduing and restraining someone who is violent or attempting to flee, or tasing someone to prevent them from hurting another person, these are all things which if you or I did them in the normal course of our daily lives, with few exceptions, would subject us to possible civil actions. But are things that police officers must do on our behalf on a daily basis. It is unconscionable for us to ask our brave police officers to do what they must to keep us safe, and not afford them the legal protection to do the job we ask of them.

But what was perhaps more offensive even than the specifics of the bill, was the tone and the insinuations attached to it. We were essentially told that the bill was needed to “rein in the police”, implying that there is an intrinsic problem of run-away brutality permeating the law enforcement profession. Nothing could be farther from the truth.

The problem of the “rogue officer”, is largely a myth; and for the fraction of one percent of police officers who do pose a problem there are effective procedures in place to get them of the streets and prosecute them if they do break the law. Endangering an entire profession because of an ideological superstition is unfair, wrong, and dangerous.

While the bill was debated on the floor of the house, I was shocked that not one Democrat stood up to say a single word in defense of our brave police officers. I will always stand for those men and women who deliberately expose themselves to harm so we may all go about our lives in peace and safety.

I am proud and honored to be endorsed by law enforcement organizations, like the Fraternal Order of Police; these men and women begin their shifts every day not knowing if they will end it in an emergency room or a morgue. They do it on our behalf, and the absolute least we owe them is our support.

Thu Oct 22 , 2020
WASHINGTON — A group of academic experts in international relations view President Trump’s handling of foreign policy “largely as a failure” and have identified specific examples of his botched global engagements while calling for new leadership just weeks before Election Day. The statement, provided to Yahoo News, is signed by […] 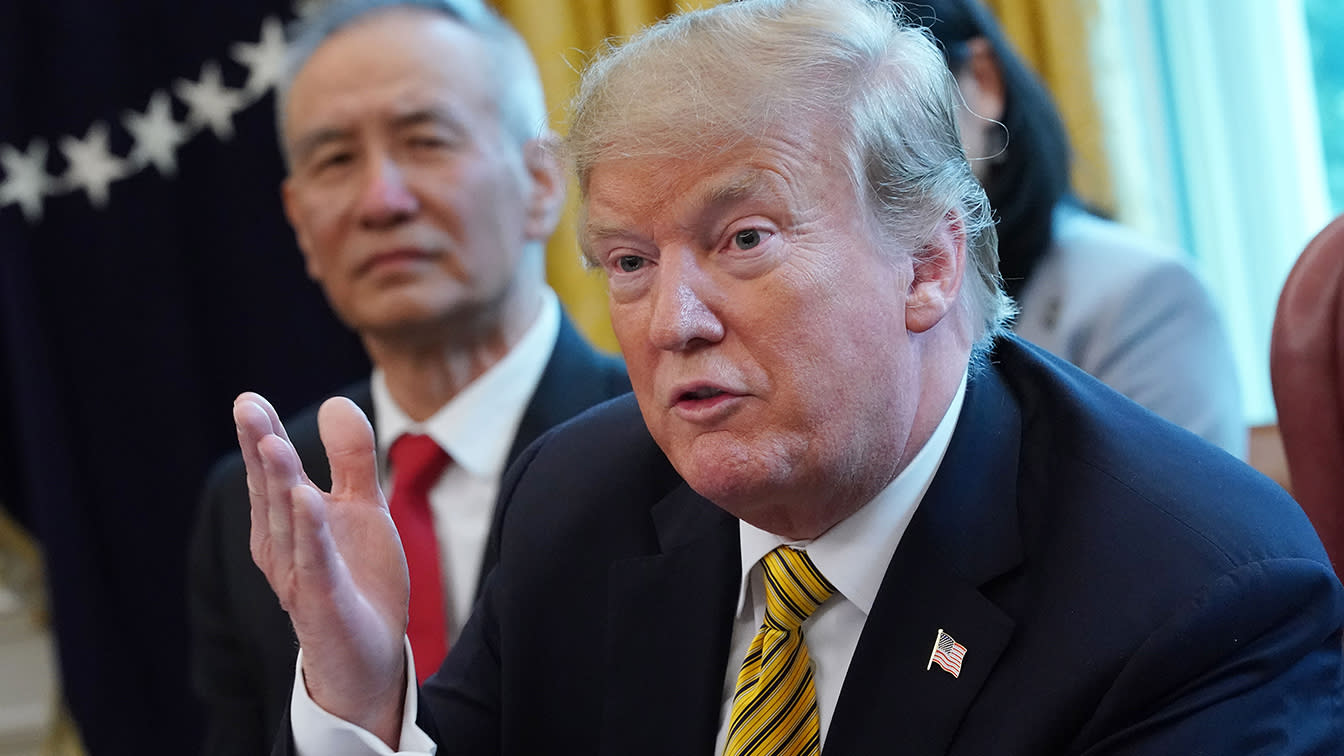