This year features a special election to fill the remaining two years of a term opened after Judge Deborah Deweese retired.

The three candidates for the county-wide special election are Lori Goodwin, a staff attorney who works on family issues for Legal Aid Society of Louisville; incumbent Judge Ellie Kerstetter, appointed in January to fill the vacancy; and Daren Neel, a family court prosecutor with the Jefferson County Attorney’s Office.

All three candidates for the seat — listed on the ballot under “Circuit Judge, ‘Family Court,’ 30th Judicial District, 3rd Division — Louisville residents with years of experience in family law and local family courts. All three support continuing some form of remote court hearings even after the pandemic ends so as to mitigate the fear, stress, and hardship of in-person appearances.

For their many similarities, the candidates differ in personal background and professional experience. Each candidate is briefly profiled below.

Goodwin, 39, has experience as a public interest lawyer serving low-income Louisvillians and as a volunteer in family issues.

She grew up in Louisville and graduated from Marquette University Law School, in Milwaukee.

Out of law school, Goodwin planned to become a sports agent. But after moving back to Louisville, where the professional sports market is smaller, she pursued public interest work and joined the Legal Aid Society. She’s worked in its family law unit for the last 12 years.

“All I have done in my professional career is family law,” said Goodwin, who lives in Old Louisville. Her clients come from a wide range of backgrounds, and she’s practiced cases in all 10 family court divisions on topics ranging from divorces, custody actions, paternity, child supporting, and domestic violence.

Goodwin, who ran unsuccessfully for family court judge in 2018, serves on the county’s Fatality Review Committee, which reviews domestic-related homicides.

“I feel I am the most experienced candidate specifically to family law,” she said.

If elected, Goodwin said she’d prioritize timeliness in the courtroom and would streamline schedules so quicker cases are heard earlier and complex cases are heard later. “Sometimes people are literally waiting hours to have their cases heard. These are people who have to take off work and are already struggling,” she said.

Kerstetter, 60, has experience on the bench, in private practice, and as a civic volunteer.

She was a teen mother who came from divorced parents and a “crazy unstable childhood.” She enrolled in law school at the University of Louisville late in life, graduating at age 40. Out of law school she focused on real estate law. Soon she began bringing in clients with family-related issues.

“I started getting cases for family law, and I liked it. I found I was good at it,” Kerstetter said. For 17 years she was a solo practitioner, focusing on family law. She also volunteered extensively, including on the board of the Center for Women and Families, as co-chair of the Domestic Violence Prevention Coordinating Council, on the Citizens Foster Care Review Board, and as a guardian ad litem.

In January, Gov. Andy Beshear appointed her to Jefferson County family court to fill the short-term vacancy from Judge Deweese. She was the first-ever Latina judge in Kentucky.

Kerstetter said the bench requires “patience, patience, patience.” She estimated 80{5565a835e8436fceab45047feb07d9b08a17131f67bfa451fc3dea7831c5a73d} of the people who appear in her courtroom don’t have an attorney. Unlike in criminal proceedings, where defendants are entitled to an attorney, family court proceedings are civil law and do not entitle litigants to a lawyer .

Being a judge is about “trying not to step over but guiding them, being fair to them, and giving them the opportunity,” Kerstetter said. “Being respectful, more than anything, because you don’t know what everyone’s going through.

“The majority of people are terrified entering that courtroom. They don’t know what’s going on,” she added. “These are hard decisions to make. You have to be totally focused and also open-minded.”

Neel, 36, has experience working for a family court judge, as a private attorney, as a local prosecutor and as a foster parent.

Neel said when he was applying to law school, his parents were going through a “pretty messy divorce.”

“I thought, if you go to law school, you should be doing it to help people,” he said. “The issues family court touches are the most important things people hold dear: their children, their family.”

After graduating from the University of Kentucky College of Law, Neel worked for now-retired family court Judge Dolly Berry as a staff attorney. It’s an experience he said gave him perspective into the daily work of family court judges.

“This isn’t just a 40-hour-a-week job. In order to really serve the citizens in Jefferson County, you have to be willing to work long hours,” he said.

“I think it’s really important for a judge to have the right judicial demeanor: someone who’s kind but can also be firm when necessary. Really, it’s someone who treats everyone with dignity and respect.”

Neel then entered private practice working in a domestic relations law firm, where he worked on divorce and child custody cases.

For the last six and a half years, he’s worked with the Jefferson County Attorney’s Office as a prosecutor, working on cases involving child support and child abuse.

He and his husband became foster parents in January.

How technology will shape the legal profession over the next decade 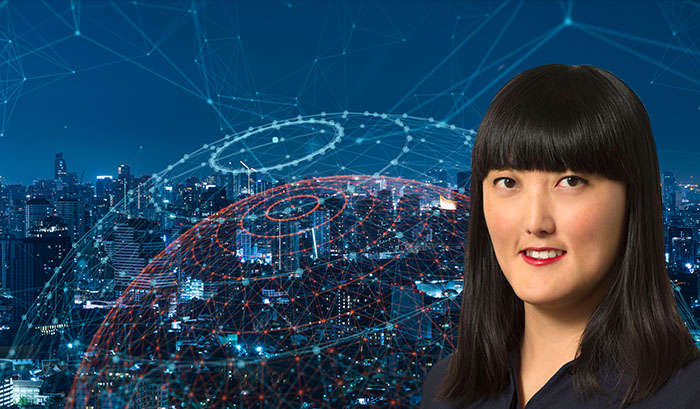