Online retail has exploded in popularity over the past 20 years, with online giants like Amazon, eBay and big-box retailers’ marketplaces becoming consumers’ go-to alternatives to brick-and-mortar merchants. The eCommerce industry is expected to generate $4.5 trillion annually by 2021, though the vast majority of eTailers are not the industry-defining giants that have driven many mom-and-pop retailers out of business. Fewer than 1 million of the 24 million eCommerce sites on the internet generate more than $1,000 a year, with the remainder consisting of minuscule online merchants that struggle to survive.

All eCommerce sites and payment providers have one thing in common no matter their size: the constant and pervasive threat of money launderers using their businesses to process ill-gotten gains, conceal the funds’ sources and convert them into clean, taxable income that government authorities cannot track. Money launderers deploy numerous schemes — including transaction laundering and launching front companies — to process and hide their funds from payment providers and law enforcement officials, but payments processors are responding with new technologies that hunt down and report their deeds.

The following Deep Dive explores how money launderers are exploiting eCommerce payment providers as well as how new technologies can detect this illicit activity and deter perpetrators from using payment providers’ services as a cover.

Money laundering is, at its heart, a way to convert illicitly gotten funds into legitimate income that can be spent without suspicion. A drug dealer might open up a nail salon, for example, then put his drug money into the salon’s cash flow and report it to the Internal Revenue Service as revenue from salon customers. This scheme would allow him to deposit this cash into his bank accounts and provide a plausible explanation for his wealth.

Three forms of transaction laundering are especially prevalent. The first is front companies, which appear to sell legitimate goods and services but are in reality set up by money launderers to help them fudge receipts, inflate or invent transactions or otherwise misreport their earnings to process their stolen funds. This form is most similar to traditional brick-and-mortar money-laundering front businesses but exists in cyberspace instead. It is difficult to detect because it is challenging for authorities to ascertain which goods or services change hands and because the value of many services is subjective.

There are dozens of other schemes besides these three, such as selling eVouchers on eCommerce marketplaces and pocketing the profits as legitimate income, for example. These methods all have one thing in common, however. Perpetrators process their funds through thousands of smaller transactions rather than a few larger ones. This means individual transactions are unlikely to pop up on regulators’ or tax officials’ radar, thus keeping the operations under wraps.

It is incumbent upon the payment providers who process these transactions to detect and stop money laundering, as they too could be punished if government regulators or law enforcement notice it first and believe they acted negligently or were in on the schemes. There are various warning signs that money laundering could be occurring, including incomplete or inconsistent information, irregular money transfers or payment procedures that appear to be overly complex for no reason. Thousands of transactions occur on an hourly basis, however, making it impossible for human analysts to examine each one for signs of money laundering.

However, artificial intelligence (AI) could be particularly suited to this task. It can analyze thousands of transactions in a fraction of the time it takes human analysts to do so, as well as drastically reduce the number of false positives. The best AI systems work in tandem with analysts, in fact, sending suspicious transactions to human teams for further review instead of rejecting them outright. This minimizes the amount of time spent combing through innocuous transactions and allows analysts to focus on the ones most likely to be associated with money laundering.

Data analytics is another critical tool that eCommerce payment providers can leverage in their anti-money laundering (AML) efforts. Money laundering — especially that which is conducted online — rarely happens in isolation, and the sheer number of transactions often establishes a pattern that reveals which are used for laundering, be it in a specific geographic region, with a specific product type or from customers with a specific occupation. AML staff can develop new rules-based models once they discover these patterns, dividing up transactions based on their likelihood of money laundering and devoting staff’s attention to those most apt to be fraudulent.

Money laundering is unlikely to disappear completely, as launderers are keen to process their illicit funds wherever money changes hands between businesses or individuals. Technologies like AI or data analytics can help ferret out these transactions and make launderers less likely to use specific services for their deeds, however, sparing payment providers from fraud as well as potential punishment from oversight agencies.

The How We Shop Report, a PYMNTS collaboration with PayPal, aims to understand how consumers of all ages and incomes are shifting to shopping and paying online in the midst of the COVID-19 pandemic. Our research builds on a series of studies conducted since March, surveying more than 16,000 consumers on how their shopping habits and payments preferences are changing as the crisis continues. This report focuses on our latest survey of 2,163 respondents and examines how their increased appetite for online commerce and digital touchless methods, such as QR codes, contactless cards and digital wallets, is poised to shape the post-pandemic economy.

Key risks to consider when doing business in China

Thu Oct 22 , 2020
Organizations doing business with China know that the operating environment is complex and very different from the Western world. However, the market opportunity remains promising, despite recent challenges from the coronavirus pandemic. Success depends on identifying and managing a number of China-specific risks, including the following: Current organizational leadership capabilities, […] 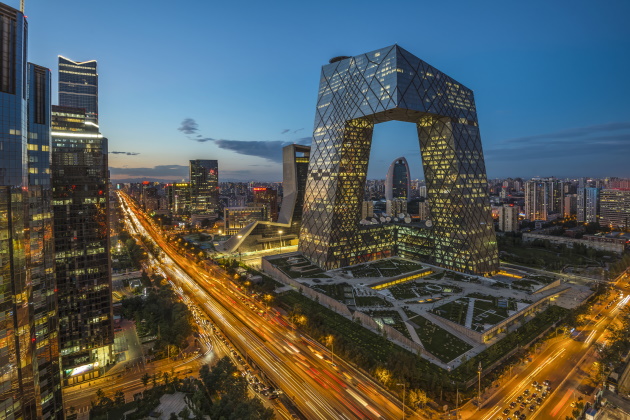