As President-elect Joe Biden continues efforts to push ahead with his transition to the White House amid ongoing challenges to the election by President Donald Trump and the Republican Party, we will continue to update this section with news and analysis of the situation and its impact on the legal profession—as well as forward-looking pieces on what a Biden administration might mean for the business and practice of law.

Counsel for U.S. Rep. Mike Kelly, R-Pennsylvania, who challenged the expansion of mail-in voting, said he was busy filing an appeal. Lawyers for the Trump campaign, which lost in its case against Secretary of State Kathy Boockvar over administration of vote counting, have said they are turning to the U.S. Supreme Court.

“Free, fair elections are the lifeblood of our democracy,” Judge Stephanos Bibas, a Trump appointee, wrote. “Charges of unfairness are serious. But calling an election unfair does not make it so. Charges require specific allegations and then proof. We have neither here.”

One of the youngest justices to ever serve on California’s Supreme Court, Leondra Kruger is just the second African American woman to hold the position of associate justice.

Law firm leaders in a New York business group and former presidents of the New York State Bar Association both issued public statements about Trump’s resistance to a transition.

The former Obama administration leader and ex-O’Melveny partner would become the first Latino to lead the U.S. Department of Homeland Security.

“Although some Republican leaders have supported President Trump’s right to challenge aspects of the voting in various states, for the good of the country, they should now strongly oppose his dangerous and extra-legal efforts to intimidate state election officials and distort the Electoral College process,” they wrote.

“This claim, like Frankenstein’s Monster, has been haphazardly stitched together from two distinct theories in an attempt to avoid controlling precedent.”

The defense-side changes come after a number of adjustments occurred last week with Trump’s legal team in the case, beginning with the exit of Porter Wright Morris & Arthur as well as Philadelphia attorney Linda Kerns.

The Senate generally doesn’t take up judicial nominees during the lame duck session, but it’s confirmed seven judges since Nov. 9.

In 2018 arguments in Janus v. AFSCME, Justice Sonia Sotomayor asked Trump administration solicitor general Noel Francisco: “By the way, how many times this term already have you flipped positions from prior administrations?”

President-Elect Joe Biden’s transition teams include 26 legal academics, with the Department of Justice and Department of Interior teams leaning most heavily on law professors.

Even as a nonlawyer I knew when the judge asked what standard of review applied, Giuliani’s response—”the normal one”—wasn’t the answer the judge was looking for.

It appears a campaign to call large law firms to account for actions of their clients has inspired a Kirkland associate to make a call to a lawyer for President Trump. That, in turn, has caused at least a minor headache for the firm in a case where it’s opposite the Trump campaign.

The Pennsylvania Supreme Court on Tuesday reversed a Commonwealth Court ruling that found a Trump campaign representative was denied adequate access to observe ballot canvassing in Philadelphia County during the Nov. 3 presidential election.

“I will have to correct what I said,” Giuliani said of fraud claims in the key Pennsylvania lawsuit, under questioning from a federal judge.

Remus earlier clerked for Judge Anthony Scirica on the U.S. Court of Appeals for the Third Circuit. The Yale Law School graduate was formerly an associate at the law firm Cravath, Swaine & Moore, a Wall Street powerhouse.

Crisis communication pros say the majority of law firms do not have the adequate resources to respond to “a multi-front war” of social media, paid media and protests.

The motion asked U.S. District Judge Matthew Brann of the Middle District of Pennsylvania, who is overseeing the case, to issue a ruling forcing the associate to explain his actions.

Our country is at particular peril if its lawyers fail to recognize their unique role in protecting democracy.

It looks like Donald Trump’s presidency could be ending the same way it began: kicking up controversy for the law firms that represent him and his interests, and raising broader philosophical questions about the perils of taking on divisive clients and cases. But while Trump wasn’t the first, won’t be the last and is far from the only current client with a spotty public image, he is emblematic of a new kind of reputational risk that could potentially cause more severe problems for law firms than a mere PR headache.

Late Thursday, Porter Wright Morris & Arthur withdrew from a federal lawsuit that alleged ‘irregularities’ in Pennsylvania’s election procedure. It has also been involved in state court cases over the election.

Lawyers, lawmakers and U.S. Attorney General are called out for supporting ‘false statements.’

The proposed Biden labor and employment agenda is vast, but much of it depends on which party will control of the Senate. Even without control of Congress, though, President-elect Biden wields significant influence over federal labor and employment law through his command of federal agencies and unilateral authority to set rules that federal contractors must follow.

“I do believe the election is over, we do have a new president,” Olson said during a panel hosted by the Federalist Society.

“I think the expectation generally is that Rip Van Winkle wakes up, and we see a much different environment,” Dechert’s David Kelley said.

How can firms that profess to value diversity and equality so fervently champion what’s essentially minority voter suppression?

The Florida members reflect an overall goal of providing diverse values, priorities and perspectives to the incoming Biden-Harris administration.

Here’s a look at some of the other California lawyers, many with experience in the Obama administration, volunteering on Biden transition teams.

Bringing a frivolous election suit is a violation of court rules, but the standard for showing litigation has merit is quite low, according to legal ethics experts.

Alexander Mackler and Teresa Mason are among the 29 attorneys Biden, the first president-elect from Delaware, has selected to prepare for his administration, which is set to begin Jan. 20.

Lawyers from nearly two dozen Am Law 200 firms, many of whom have deep government experience, make appearances on Biden’s list of agency review team members.

“Simply by keeping litigation ongoing, a sore loser candidate or party could dramatically undermine the transition efforts of the winning candidate by indefinitely postponing the declaration of a president-elect under the act,” a 2001 law review article warned.

The suit, filed by Porter Wright Morris & Arthur attorneys in the U.S. District Court for the Middle District of Pennsylvania, raised allegations, including a lack of transparency regarding canvassing mail-in ballots and disparate treatment of potentially defective ballots.

The Biden administration is expected to devote considerable resources to restoring federal primacy over policies protecting human health and the environment. In this edition of their Environmental Law Column, Michael B. Gerrard and Edward McTiernan first discuss what the new government can do on its own, and then what would require formal rulemaking processes, and finally what can only be accomplished with Congressional action.

Kamala Harris’ husband already took a leave of absence from the firm starting in August.

Former DOJ officials were among those criticizing Barr’s memo.

Lawyers say a Biden presidency will have a noticeable impact on global businesses and legal practices in many places. But not everywhere.

Top partners in London say they are mostly pleased about Biden’s victory, but express concerns over business, US-UK relations and even Brexit.

The Commonwealth Court decision said GOP observers could come within six feet of persons processing and counting ballots. That decision, seen as the Trump campaign’s most significant courthouse win, rejected a trial judge’s decision that 15 feet was close enough.

Change in Washington tends to create legal work. But which areas stand to benefit the most?

“We are confident we will find evidence of improperly harvested ballots and other irregularities that will prove that President Trump won Georgia fairly again on his way to reelection,” said Doug Collins, outgoing congressman and now Trump lawyer.

GSA Administrator Emily Murphy’s refusal to make a so-called “ascertainment” of Biden’s victory was quickly criticized as interfering with a smooth, peaceful transition.

Shortly after news outlets began reporting on the projected victory of Joe Biden over President Donald Trump to become the 46th president of the United States on Saturday, crowds in support of the Democratic challenger and his vice president-elect Kamala Harris gathered to celebrate in cities across the nation. ALM photographers in San Francisco, New York, and Washington, D.C. captured the moment throughout the afternoon and into the evening.

With the U.S. election (kinda sorta) behind us, transactional lawyers and other professional dealmakers still have plenty to keep them up at night.

Biden will inherit an executive consumed by litigation during the Trump administration and a Justice Department facing charges of politicization.

Trump’s lawyers, so far, include small firms and litigation boutiques that are GOP favorites.

“I don’t think judges are going to be receptive to arguments that ultimately are asking the votes not to be counted,” one attorney said.

“So far the really difficult job of amassing proof that will stand up in court, they have not made public or evident, and so far does not exist,” longtime Republican election attorney Benjamin Ginsberg said of the Trump campaign.

“Unfounded allegations of fraud and threats to initiate litigation aimed at stopping the vote count are clearly inappropriate and have the potential to undermine the rule of law as it applies to our electoral process,” the former prosecutors said.

The Supreme Courtroom As opposed to the Coronavirus 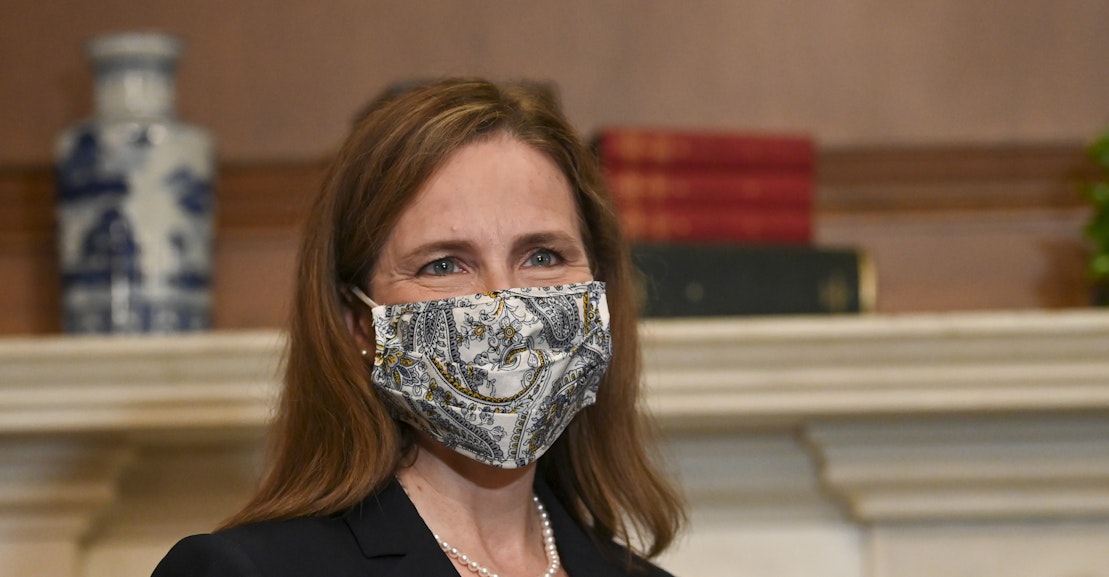